Join Bishops United Against Gun Violence on Monday, October 19 at 1 p.m. Eastern for an online conversation with key gun violence prevention partners. Together we’ll explore how the intersection of racism, gun violence and the COVID-19 pandemic informs our Christian obligation to vote faithfully. Panelists include: 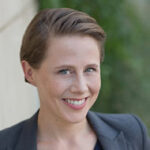 Rebecca is the Director of the Office of Government Relations of The Episcopal Church, where she oversees the office’s work on domestic and international policy issues. Previously, she was the Senior Policy Advisor for Africa in the Office of Religion and Global Affairs at the U.S. Department of State. From 2007 to 2008, she was Acting Chief of the Strategic Communication Division at U.S. Africa Command in Stuttgart, Germany. She served as the Special Assistant to the Principal Deputy Under Secretary of Defense for Policy in the Office of the Secretary of Defense, and as a Research Associate in the Post-Conflict Reconstruction Project at the Center for Strategic and International Studies.

Rebecca has conducted fieldwork and research throughout Africa and the Middle East, and she has published on civil-military relations, peacekeeping, and humanitarian assistance. She is the recipient of the Office of the Secretary of Defense Medal for Exceptional Public Service, and is a term member of the Council on Foreign Relations.

She received her BA in philosophy from Williams College, and her MDiv from Harvard University. She is the Junior Warden at the Church of Ascension and St. Agnes in Washington, D.C. 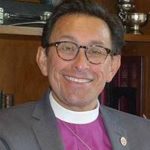 Daniel G. P. Gutiérrez serves as the 16th bishop of the Episcopal Diocese of Pennsylvania. The mystery of the Eucharist, scripture, and Jesus Christ are spiritual foundations for Gutiérrez. As a budding (sometimes clumsy but always eager) apprentice of Jesus, he is most influenced by His words to Peter: ‘Feed my sheep.’ He believes there is no greater calling than serving Jesus and following this instruction with each action he takes. He is blessed and grateful to be a bishop, a shepherd and a fellow sojourner. He is married to best friend Suzanne and rejoice in their son Jude, who attends the University of New Mexico. 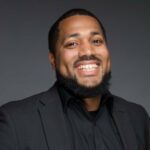 Prior this role, Greg served as the Director of Communications for the DC Department of Parks & Recreation, where he led the Mayor’s #FITDC initiative to ignite a movement of fitness and wellness across the District.

For the last four years, Greg’s professional efforts have focused on achieving a safer, stronger Washington D.C. community in multiple capacities after surviving an act of gun violence in 2013. Upon his recovery, Greg became an avid mentor to local at risk youth and has built multiple youth engagement movements like #WeReadDC that has empowered hundreds of volunteers to help youth improve academically through monthly reading events.  His outstanding local volunteer work and extensive background in campaign organizing led him to becoming the youngest appointee of Mayor Muriel Bowser in 2015 as her Director of Community Relations and Services.  In this role he led a team he built an office that in its first year successfully engaged over 70,000 residents, resolved over 5,000 constituent concerns and continues to have a meaningful impact on improving government services.

Before his local organizing work, Greg began working in the political arena as a community organizer and then campaign operative for President Barack Obama through various roles, including the Co-Chair of DC for Obama, the Field Director of Obama’s North Carolina re-election efforts, his Gun Violence Issue Coordinator at Organizing for Action and lastly as the National Field Director at the Democratic Congressional Campaign Committee. 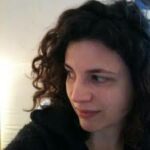 Bettina Lanyi is the Director of National Partnerships at Brady, where she leads Brady’s external engagement. She has worked on gun violence prevention for over twenty years, since her participation in the Million Mom March.  At Brady, she leads a cross-sector coalition of partners including medical, faith, civic, mental health, law enforcement, social work, and public health communities to advocate for the passage of gun violence prevention policy in Congress. Lanyi contributes to the creative development of Brady’s national End Family Fire safe storage awareness program and manages partner engagement on the program.

An expert on public health & communications, Lanyi has led and managed Brady’s health awareness campaigns, including the ASKing Saves Kids safe storage awareness program, the SpeakUp program, and the End Family Fire program. Prior to joining Brady in 2017, she led health awareness, policy, and communications campaigns at the American Cancer Society and at KPMG Consulting, for clients including the Department of Defense and the Centers for Medicare and Medicaid Services. She holds a BA in Urban Studies from the College of Wooster, and an MPA in policy analysis from George Washington University.